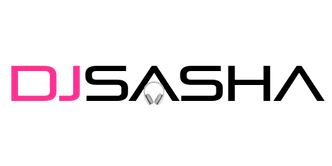 In dance music circles, Sasha's name conjures fond memories of unforgettable gigs at various destinations around the World. W hat   punctuates Sasha's skills as a  DJ is his capacity to incorporate diverse genres and styles and to transcend them by infusing his music with pure emotion. Sasha's talent is matched only by his passion, which has seen him become  one of Bangalore’ s hottest DJs.

He started his career almost 2 decades back playing at House parties. His first big break came when he joined The Park Hotel - IBAR, as resident DJ in October 2001. He never looked back since. He became an instant hit among the crowds who would come regularly to IBAR to dance to his tunes. His stint at IBAR lasted over 5 years as he moved on to join FUGA - one of Bangalore's #1 nightclubs in 2006. Over the next few years he played there as the resident DJ and moved on to FBAR later renamed .

After performing for almost a decade as a resident DJ at Bangalore's Top Night Clubs, Sasha decided to take the freelance route. He began playing at multiple venues, helping him reach out to a larges audience base and gain more popularity. He has been a freelance DJ since 2010.

Adding Visual to his Music

Sasha is among the few DJs in the country who plays a seamless high energy Video Set in all genres. Retro, Hip Hop & Bollywood. Audio with Visuals adds a brilliant vibe to the party and gets people instantly engaged with the DJ.

Adding to his talent is his passion for composing and producing music. He is  working on a remix album , which is  taking shape and would be up for release very shortly. You can hear some of his previous mixes on soundcloud.

Sasha Sammbi has always had great business acumen. He started his first venture - Entertainment 9 while still playing at IBAR in 2003. He developed his event management skills organising theme based events and managing local and international artists. The proprietorship Entertainment 9 was later converted to a Private limited company in 2013.

He then went on to set up SportsMasters in 2018 - a sportainment company specialising in managing multiple sports in the Corporate marketplace.

From playing Cricket for Karnataka to being a Level 2 certified WPBSA Snooker Coach, Sasha has always been a sportsman at heart.

He represented the Karnataka State Cricket Team Under 13, 16, 19, 21 & 25 levels. He also played for South Zone Under 19 in 1994. His love for cricket was one the reasons he started a sports management firm.

He was the Official DJ of the ICC World Cup 2011 held in India and performed at all the matched held at the Chiddambaram Stadium in Chennai.

Sasha is among only 4 Indians who have a Level 2 certification from WPBSA in Snooker Coaching. He tied up with India cue sports  sensation Pankaj Advani to set up a snooker academy called Cue School by Pankaj Advani (CSPA).